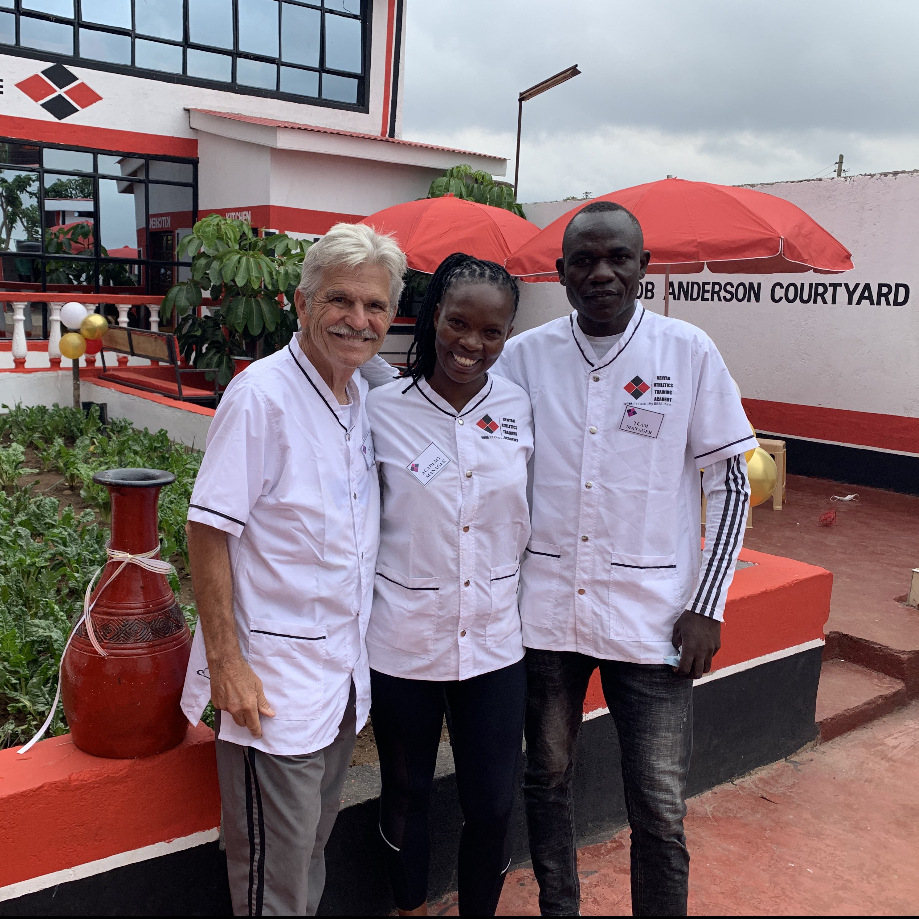 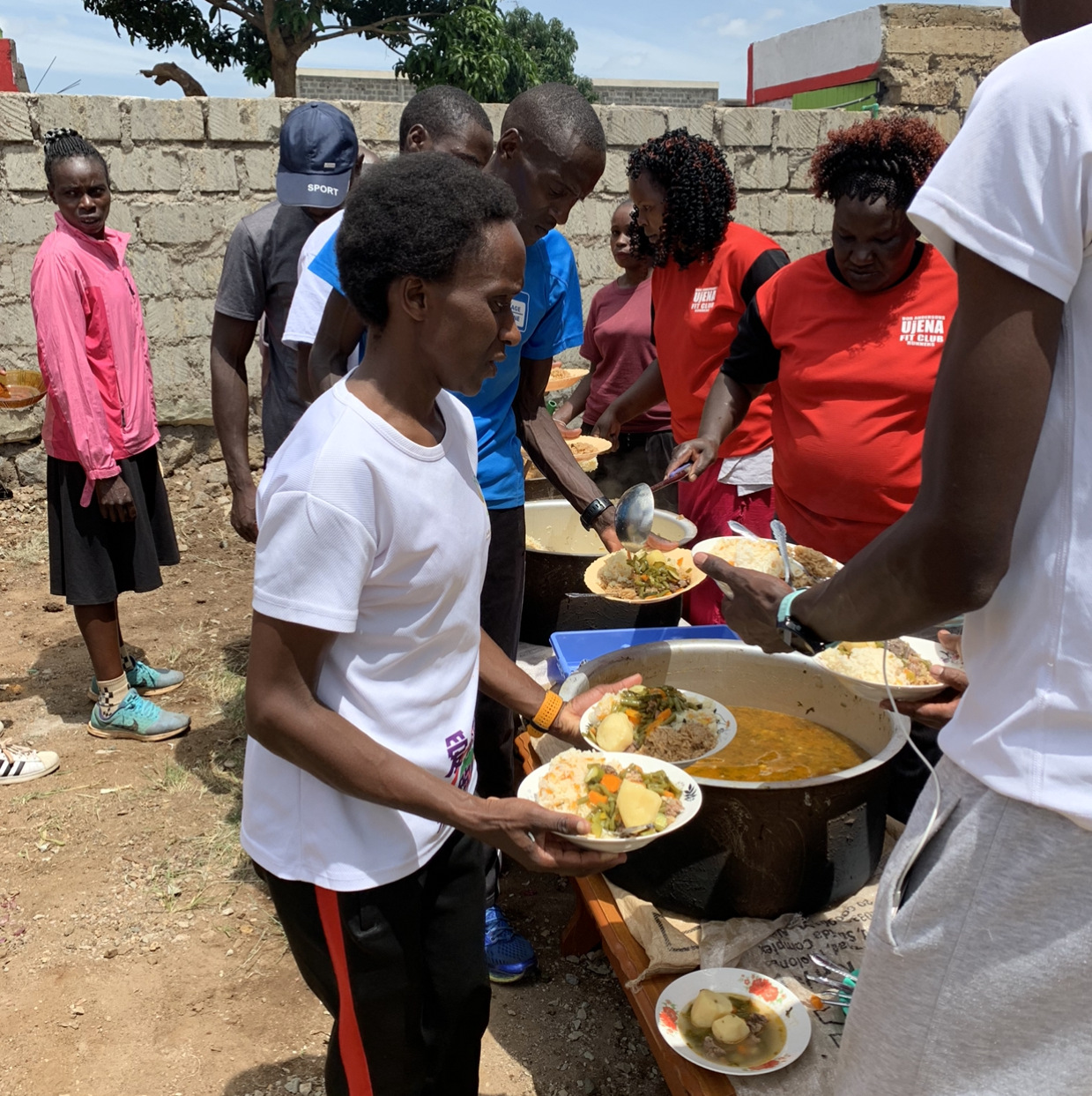 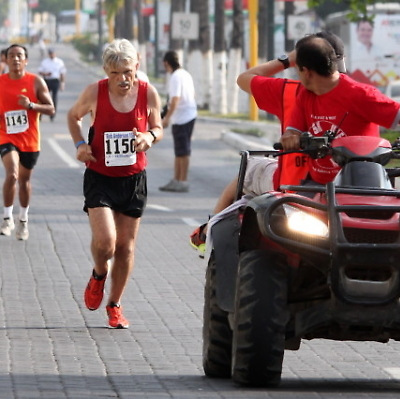 (Photo) Bob with Florence and Elam at KATA.  Bob Racing a Double 15k (10K+break+5k) in Bali, Indonesia.   Double Racing (Double Road Race Federation) is an event Bob created in 2010.  At KATA events food is always provided to guests.  Bob's 50 race challenge in 2012.  A film A Long Run the movie covers the event.  Bob being filmed during one of the races.

My husband Bob likes to make things happen," says Catherine Anderson. ❤️ "In 1966 when he was just 17, he started Runner's World magazine. He built it into a 25-million-dollar company with 2.5 million monthly readers.  And with no additional capital other than the initial one hundred dollars he put in.

"Bob sold RW in 1984 to pursue other things including being the runner he wanted to be. One thing I know he is very proud of was when he ran 50 races, covered 350.8 miles in one year (2012) and averaged 6:59 per mile at age 64. A movie A Long Run narrated by Sean Astin covered the yearlong adventure has been viewed by over 318,000 people.  The full-length movie has been shown in ten theaters across the nation mostly to sold out audiences," says Catherine proudly.

He has been a businessman since October 1965 when he came up with the idea of publishing a magazine about running, Runner's World.  He has published over 100 sports books, started one of the first running stores and mail order business in 1972 called Starting Line Sports.

Started an apparel company called Ujena in 1984 and he is still the CEO today, however he has scaled back this business to focus on other things.

One of his main focus now is his Kenyan Fresh Farms Hunger Project.  "I hope we can grow this program so we can help thousands of Kenyans in Need," says Bob Anderson.  "My wife and I have funded most everything for our project in Kenya up to this point, but for it to be a substainable, we need your support.  I hope you will join us."